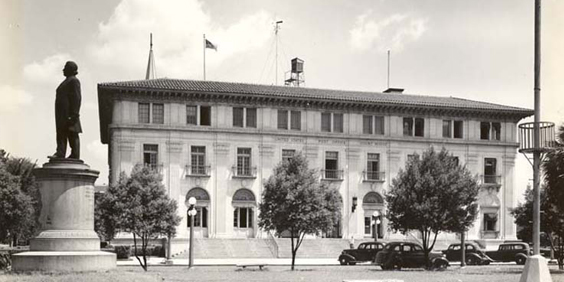 Augusta, Georgia was founded in 1735 as part of the British colony of Georgia, under the supervision of colony founder James Oglethorpe. It was the colony’s second established town, after Savannah. Today, Augusta is the second-largest city in Georgia, and the largest city of the Central Savannah River Area. Augusta, Georgia was first used by Native Americans as a place to cross the Savannah River, because of Augusta’s location on the fall line.

In 1736 , two years after James Oglethorpe founded Savannah, he sent a detachment of troops on a journey up the Savannah River. He gave them an order to build at the head of the navigable part of the river. The job fell into the hands of Noble Jones, who created the settlement to provide a first line of defense against the Spanish and theFrench. Oglethorpe then named the town Augusta, in honor of Princess Augusta, wife of Frederick, Prince of Wales. The town was laid out on the flat slopes of the Savannah River, just east of the sand hills that would come to be known as Summerville. The townspeople got along peacefully most of the time with the surrounding tribes of Creek and Cherokee Indians.

In 1739, construction began on a road to connect Augusta to Savannah. This made it possible for people to reach Augusta by horse, rather than by boat, and more people began to migrate inland to Augusta. Later, in 1750, Augusta’s first church, Saint Paul’s, was built near Fort Augusta. It became the leader of the local parish. While slavery was originally banned in the colony by James Oglethorpe,[1] it soon became an integral part of Georgia’s history.[2] Under Georgia’s new constitution, a new political structure was laid out in 1777; Augusta’s parish government was replaced by a county government, Richmond County, named after the Duke of Richmond.